WHEN THE STORY STALLS IN THE MIDDLE
Tuesday, December 20, 2016 by by Sandra Merville Hart 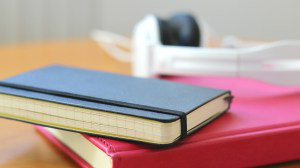